When Did the Metal Recycling Industry Start? 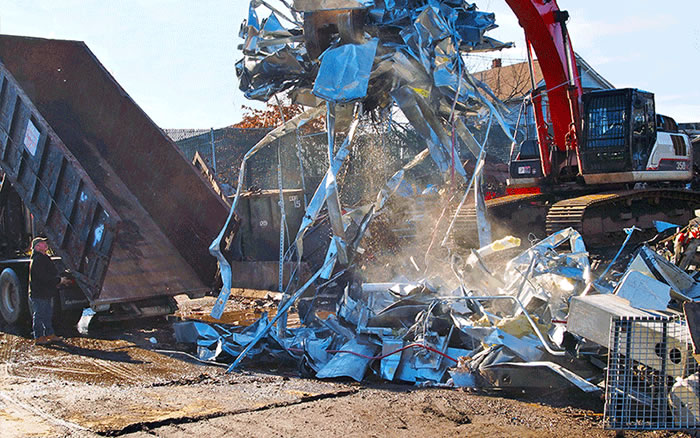 When Did the Metal Recycling Industry Start?

During the 1840s, the sale of scrap metals became widespread as a result of increased demand for metal cans to preserve food.

Going into the 1900s, the concept of metal recycling became widely accepted and embraced in the U.S. This led to the opening of the first industrial American aluminum in Cleveland and Chicago. During this period, many households began to collect and resell items found in their trash. Moreover, manufacturing companies realized that it was much cheaper to reuse metals than to invest in producing new metals.

Another major metal recycling breakthrough happened during World War 1 when the government launched a recycling campaign that was intended to overcome the shortage of materials during the ongoing war.

After World War 1 and World War 11, metal recycling seemed to become less popular but resurged in the late 1960s when environmentalists pushed for environmental conservation. In the 1970s, drop-off recycling centers were established all around America, and later on, curbside recycling projects were initiated.

The metal recycling industry got into high gear in the 2000s when countries around the world committed to cutting down greenhouse gas emissions and waste production.

Since then, many efforts have been undertaken around the world to encourage metal recycling in order to protect the environment and achieve many other benefits.

Why Is Metal Recycling Important?

Metal recycling helps to divert waste from landfills and reduces the strain on natural resources. When metal is recycled, it eliminates the need to produce new metal.

By reducing the amount of waste sent to landfills and eliminating the need to mine and process virgin ore, metal recycling reduces the amount of harmful greenhouse gases released into the air.

There are many other advantages of recycling metal for individuals and businesses alike. If you have scrap metals sitting on your property, it’s a good idea to sell them to scrap metal buyers and make extra cash.

If you’re looking for top paying scrap metal buyers that accept a wide range of scrap metals, look no further than M&M Recycling.

Contact us today to learn more about our services and how we can help you make extra cash.